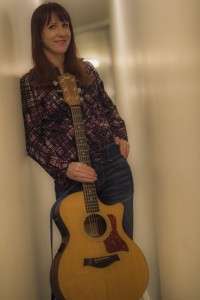 In 2017 I played more music, wrote less poetry, gave far fewer writing workshops, but gave many tours at the NC Museum of History. I continued writing and editing for Wake Living magazine. Two of my favorite stories I covered was about flooring and Operation Coming Home (OCH). OCH is a nonprofit organization that provides a free home to a wounded combat veteran twice a year. This fall, OCH gave Ebony Onwordi and her family a beautiful home built by Fresh Paint by Garman Homes in Knightdale Station. Ebony lost her husband, Justin, a combat medic in 2004 in Bagdad. The key ceremony on Thursday, November 9, was a beautiful, moving event—I was warned to bring lots of tissues and was glad I did.

Also this year I became an officer on three state-wide nonprofit boards: the NC Songwriters Co-op, the NC Poetry Society, and the NC Writers’ Network. Heading into 2018, I’m a seasoned Let’s Talk About It scholar with the NC Humanities Council, road-tripping to small North Carolina towns sharing my favorite classic books with patrons at their libraries. I’m also now the musician-in-residence for the Western Wake Farmers’ Market, located in the Town of Morrisville. My duties include booking musicians every Saturday and spreading the good work of this fine market. One of favorite gigs this year was performing at the Festival for the Eno on July 4th on the NC Songwriters’ Co-op stage–hope to return in 2018! My very good friend Steven Paul Whitsitt took many photos of my at this event and the photos of me on this blog post are also his. Check out Steven’s artist profile in the next issue of Wake Living coming out March 1st.

And one of my most challenging and get-out-of-the-comfort-zone musical experiences was being named the musician of the Cary Playwrights Forum’s Bar Plays 3.0 in November, which also happened to be the deadline week for the holiday issue of Wake Living. I composed nine original songs set to seven 10-minute plays (the two extra songs were an opening/closing number). I did what I needed to do over three nights at Cary’s Fortnight Brewing, where I’ve already had two gigs, and a third scheduled for February. Moral of the story: when given a challenging, but doable opportunity, do it! 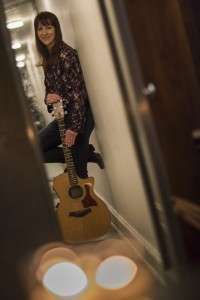 My book club, Wonderland Book Club, is heading into its 10th year, which also means my car and daughter are also a decade old. Speaking of my car, my mostly reliable Subaru Outback made it to 200,000 miles on Wednesday, December 13. On Saturday, December 30, I had already driven an additional thousand miles.

In September I bought both a violin AND banjo—I’m learning bluegrass banjo with an excellent teacher, Julie Elkins, whom I met at the marvelous PicknBow 2017 weekend held at the Murphey School in late August. Attending PicknBow and starting up banjo were two of the best things I did in 2017. I met so many musicians and really stepped out of my comfort zone. My violin playing is also going great—I’m booked to play both fiddle and guitar at several area retirement homes in the next few months. I plan on competing in the Raleigh Feis in the music (fiddle), Irish dance, and baking categories this February. Last year I earned third place with my Irish soda bread and took first place in the violin competition because I was the only one. I won’t even mention how I did with the dancing—all I can say is that I showed up even with a bad cold. This year’s competition is going to rock!

One of my 2016 intentions for 2017 was to produce a CD—and I did that! Old Derelicts is available for sale on my website and on Amazon. I’m still amazed I did this.

Family: In April, the family and I headed to Long Island to celebrate the 100th birthday of Grandma Frances Ross, Keith (my husband’s) maternal grandmother. Pretty amazing stuff! Sadly, Grandma Fran passed in September. My son Daniel is 15 and a high school sophomore. He wants to be an architect or interior designer when he grows up. He’s starting Driver’s Ed this week. Lord, help us. My daughter Erin rocked out her Girl Scout cookie goal—she had originally intended to sell 500 cookies, but she sold 823. For this year (starting Saturday, January 13) Erin’s goal is A THOUSAND cookies! Please buy some from her. Please…

Happy New Year and I wish you a 2018 filled with love, laughter, music and most of all—joy!